2001: A Space Odyssey & the Evolution of Language

Stanley Kubrick’s 2001: A Space Odyssey is, in some sense, a silent film. That is to say that the film’s silences, its dearth of conversation, and the aural void of deep space are as significant to its impact as the presence of sound. Kubrick’s depiction of the utter silence of the void of space is unsettling, although, of course, entirely accurate. In virtually every other film that depicts some aspect of space travel, exterior shots of spacecraft are accompanied by white noise on the soundtrack meant to represent the ultrasonic roar of light-speed engines. This artificial addition of sound to the vacuum is worth noting in that it seems to be included as a measure of comfort—a comfort conspicuously absent in 2001.

Suspended Motion: Ellen Steinfeld's Paintings and Sculptures at the Burchfield-Penney

Suspended Motion—the title of the exhibition of Ellen Steinfeld’s recent sculptures and watercolors at the Burchfield Penney Art Center—may be the perfect phrase to encapsulate Steinfeld’s work as a whole. A sense of motion may be evident here, as Steinfeld’s work is never static or lifeless. Suspended motion, however, conveys the connotation of motion that is temporarily arrested rather than permanently ended. For that matter, suspended motion suggests moving forms that have been artfully hung up—kinetic energy translated to potential energy and put on display. On various levels, Steinfeld’s work represents such transitions of energy, conveying them with a subtle power, whether in two or three dimensions. 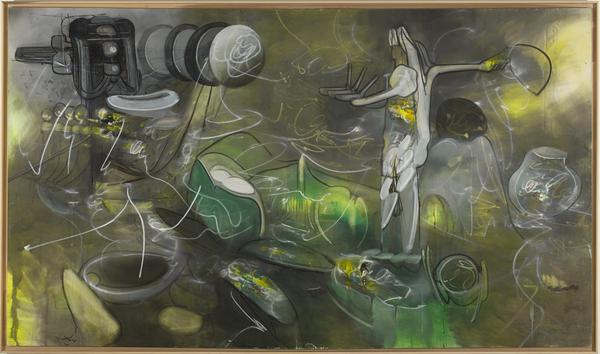 Matta’s Interrupteur de la mémoire (The Switch of Memory) is an important artifact from one of the artist’s most ambitious, visionary works: L’Honni aveuglant (The Dazzling Outcast), an immersive installation of five canvases originally mounted at the Iolas Gallery in 1966. Like many of his Surrealist contemporaries, Matta strove to represent multiple dimensions in a single, two-dimensional image—three spatial dimensions, a fourth temporal dimension, and an infinite, “inner” dimensions of the mind. 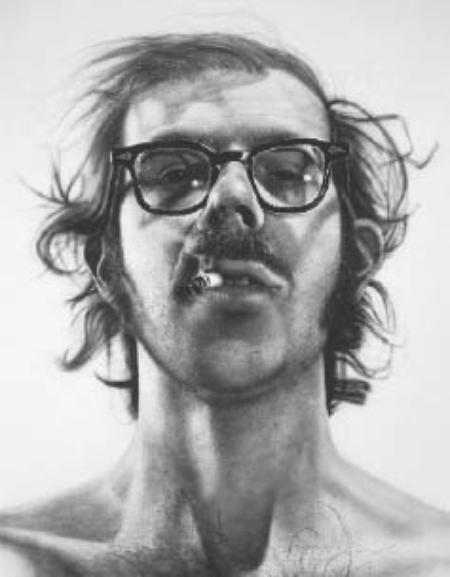 Ever since the Renaissance (at least), artists have been turning to the mirror and using what they find there as a readily available and deceptively simple subject. And with the advent of Modernism, artists’ self portraits assumed a bewildering variety of forms, from Frida Kahlo’s autobiographical dream sequences to Marc Quinn’s bust made of his own frozen blood. But no artist of the 20th century has adopted self portraiture as a modus operandi as much as Chuck Close. 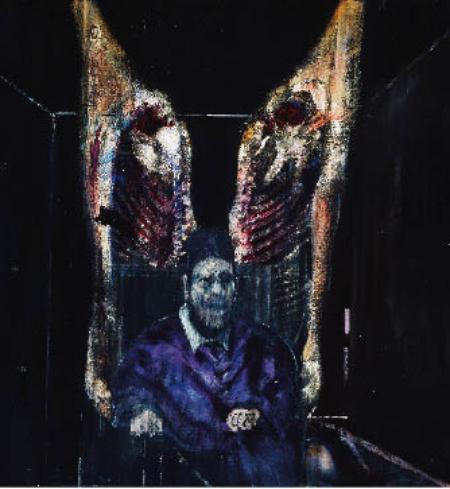 “RAW HUMAN EMOTION” announces the banner for the exhibition Francis Bacon: Paintings from the 1950s, now at the Albright-Knox Art Gallery. Raw is the operative word for this look at Bacon’s formative decade, an aptly visceral adjective that may be applied to the artist’s brutally painterly technique, his slaughterhouse imagery, or his unflinching look at the unprocessed side of human nature. 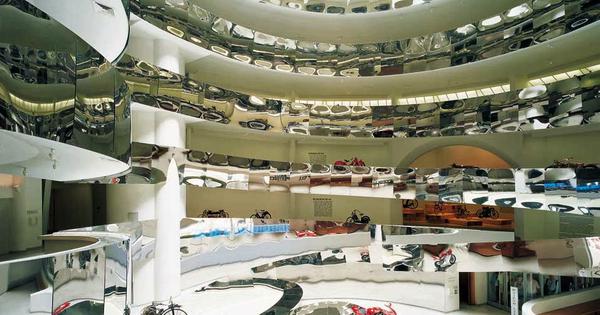 The Art of the Exhibition

The "Art of" trope presents itself as such a clever wordplay, but turns out to be a problematic equation. One implication is that the exhibition in question presents the extraordinary craft behind certain objects, while the other elevates those objects to the realm of fine art. 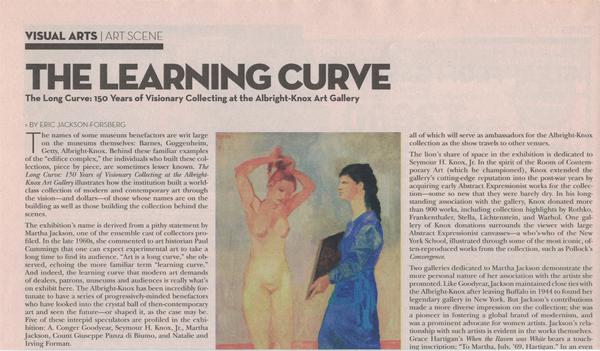 The Long Curve: 150 Years of Visionary Collecting at the Albright-Knox Art Gallery illustrates how the institution built a world-class collection of modern and contemporary art through the vision--and dollars--of those whose names are on the building as well as those building the collection behind the scenes.
Close ✕